Skip to content
HomeArticleDana Perino: To pay for the Inflation Reduction Act, they had to find the money somewhere 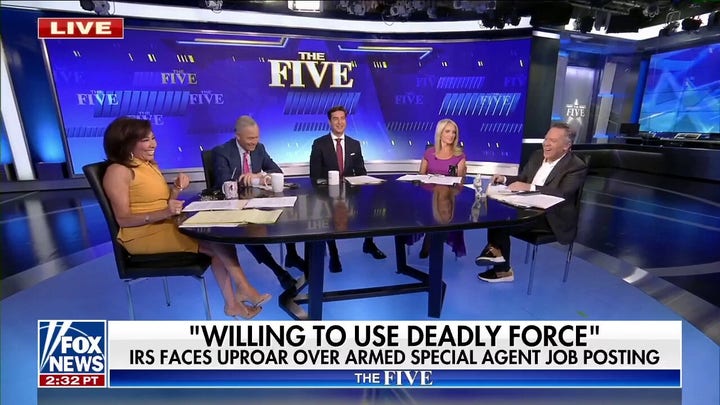 Dana Perino and the co-hosts of “The Five” discussed how the IRS has been given more power with the Inflation Reduction Act to target Americans that make under $400,000 a year.

JESSE WATTERS: WHY DO LIBERALS WANT HOMELESS NEXT TO KIDS?

DANA PERINO: Well, I think I'm not going to denigrate the members of the IRS. I'm just saying that the IRS commissioner is going to come out tomorrow and have a press conference and demand that we take back any insults to the IRS agent. The number one negative aspect of Build Back Better when they did focus groups was the IRS portion. And now I think Democrats are having some regret going all in on this IRS deal because we have proof – nonpartisan proof – that you are five times more likely to be audited the less wealthy you are. This goes on poor and middle-class tax taxpayers and Senator Mike Crapo of Idaho put forward an amendment when they were announcing this bill saying, can we put into this law that no one making under $400,000 a year will get audited and every Democrat voted no. Why would they want to vote no? Well, because in order to pay for the Inflation Reduction Act, they had to find the money somewhere. Where's the money going to come from? It's going to come from you, and it's going to come from these audits. And that's why they had to do this. They'll be coming back for more pretty soon. But basically, they're trying to audit the poor to buy the rich electric vehicles.